On the 26th (June), I was able to catch the train down to the lovely town of Billund where LEGO came from. I spent the day the day down there and go to visit the LEGO house, while there I got to see fantastic creations made with thousands of pieces and also learn more about the company’s history, from original foundation to how it became the empire it is today. Unfortunately, I didn’t have enough time to visit LEGOLAND but I’m sure there’ll be time before I leave. 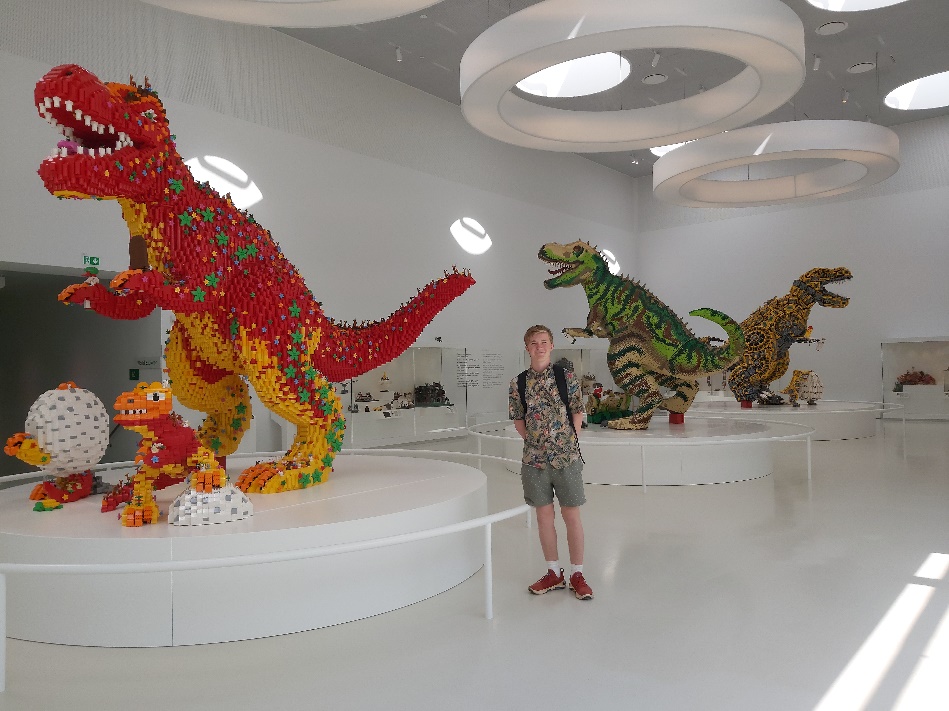 Inside the LEGO house

On the 29th (June), I had exchange student from America stay with me for a couple of nights so that I could show him a little of northern Denmark before he left. We had a great time together and it gave me a chance to go back to north most point of Denmark and take some more photos.

Following this on the 7th (July), Oskar, Anton, Eva, Karoline and I all crammed ourselves into a small car packed to the brim with everything we needed and headed north to Norway. It was about a six-and-a-half-hour journey to a place just north of a town called Hønefoss. Once we there the views were fantastic, with a lake one side of our cabin and mountains to the other. 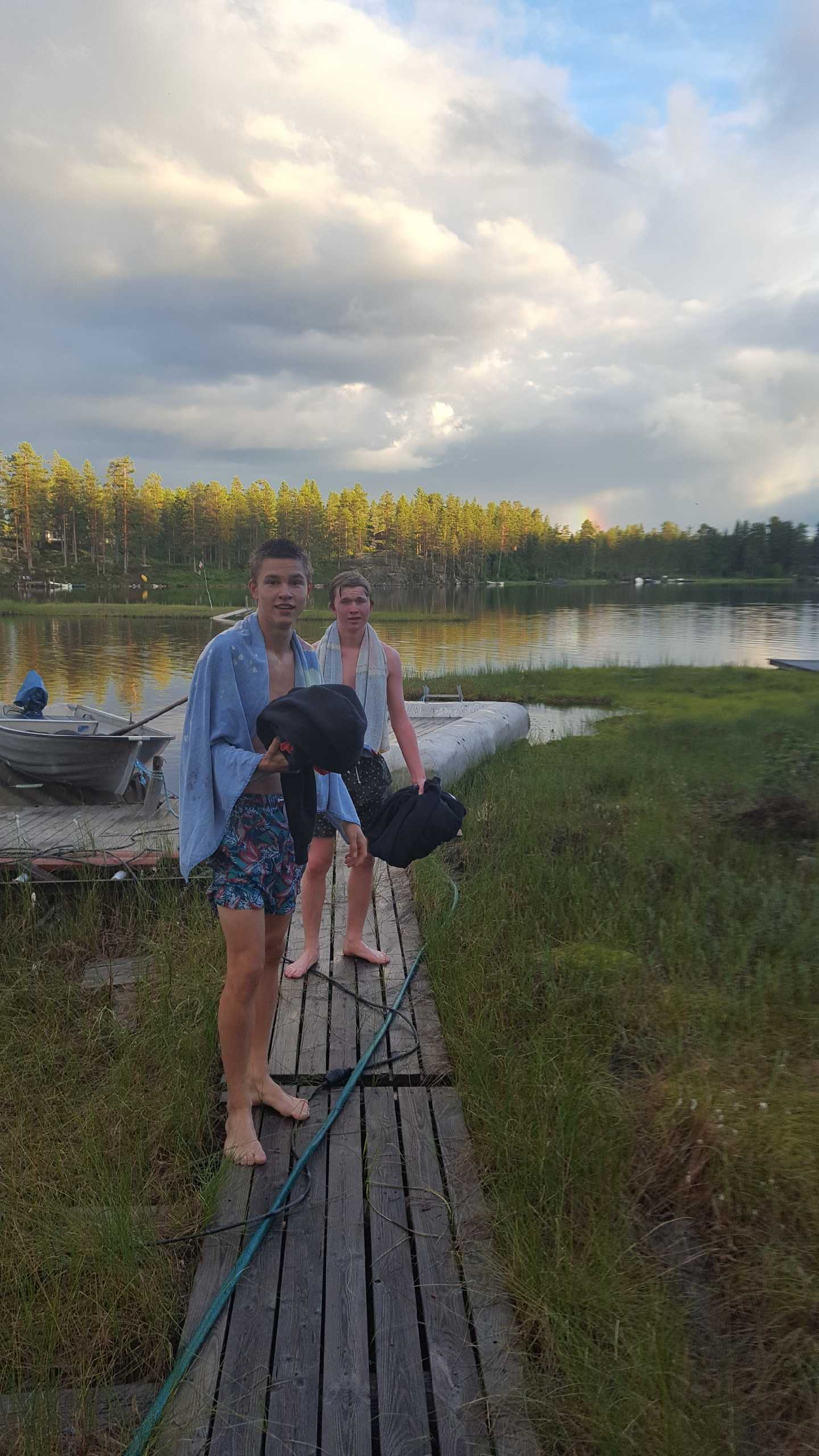 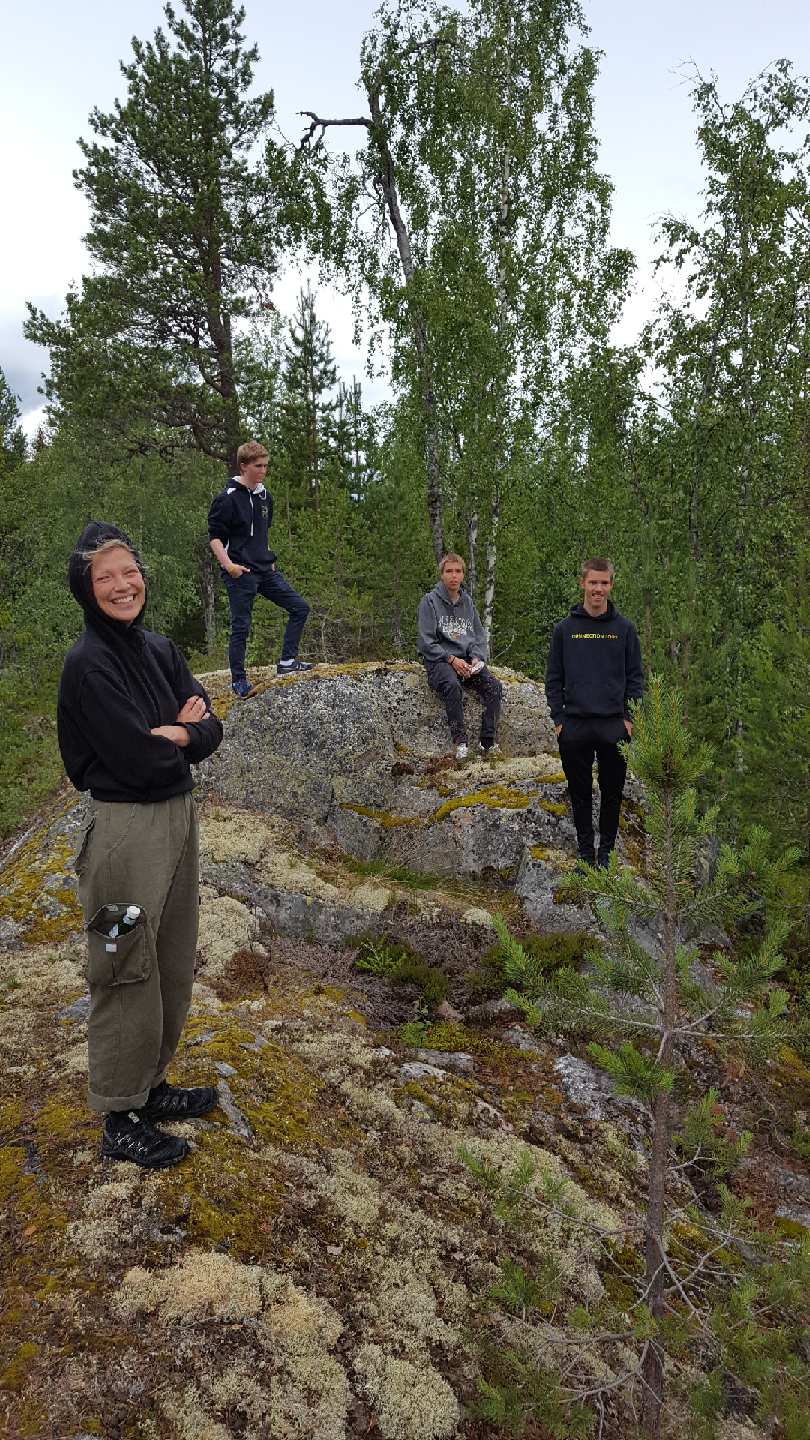 Throughout the week that we were there we spent the days going on walks throughout the mountains and swimming in the lake, although I will admit even though its summer the lake was still extremely cold. Each day we said would take a different track to a different peak and each time was more spectacular than the last. In the nights we would always play some cards, we would usually play a game called “Russisk Agurk” (Russian Cucumber). Unfortunately for my host family I would almost always win, even when we play the game now they still suspect that I’ve got a card hidden up my sleeve! Whilst there we fired up the Vildmarksbad (essentially a wood fired hot tub) and challenged each other to jump out of it and run into the lake, making things so much colder but also so much better when we got back into the hot tub.

On the second last day, we packed up the cabin and headed a little south so that we would be ready to take the ferry back and also to sneak in a little mountain biking along one of Norway's canals. At the start it was a nice flat ride along the banks of the canal but that soon changed and we had to bike up and down some steep mountains, I can definitely say my legs didn’t like me once we done, but the views were definitely worth it. However, on the 13th (July) it all came to an end and we got back onto the ferry and went back to Skørping.

But I still had 4 more holidays to fill, but once I got back I had  to say goodbye to most of the other exchange students in Denmark as they were about leave, I had made some great friends but it had to come to an end. However, I was a little sad that there wouldn’t be another bunch coming in a week or two later because of this it leaves 15 exchange students in the country rather than the original 120 but no one could have seen it coming and I’ve got plenty of Danish friends to hang out with anyway. 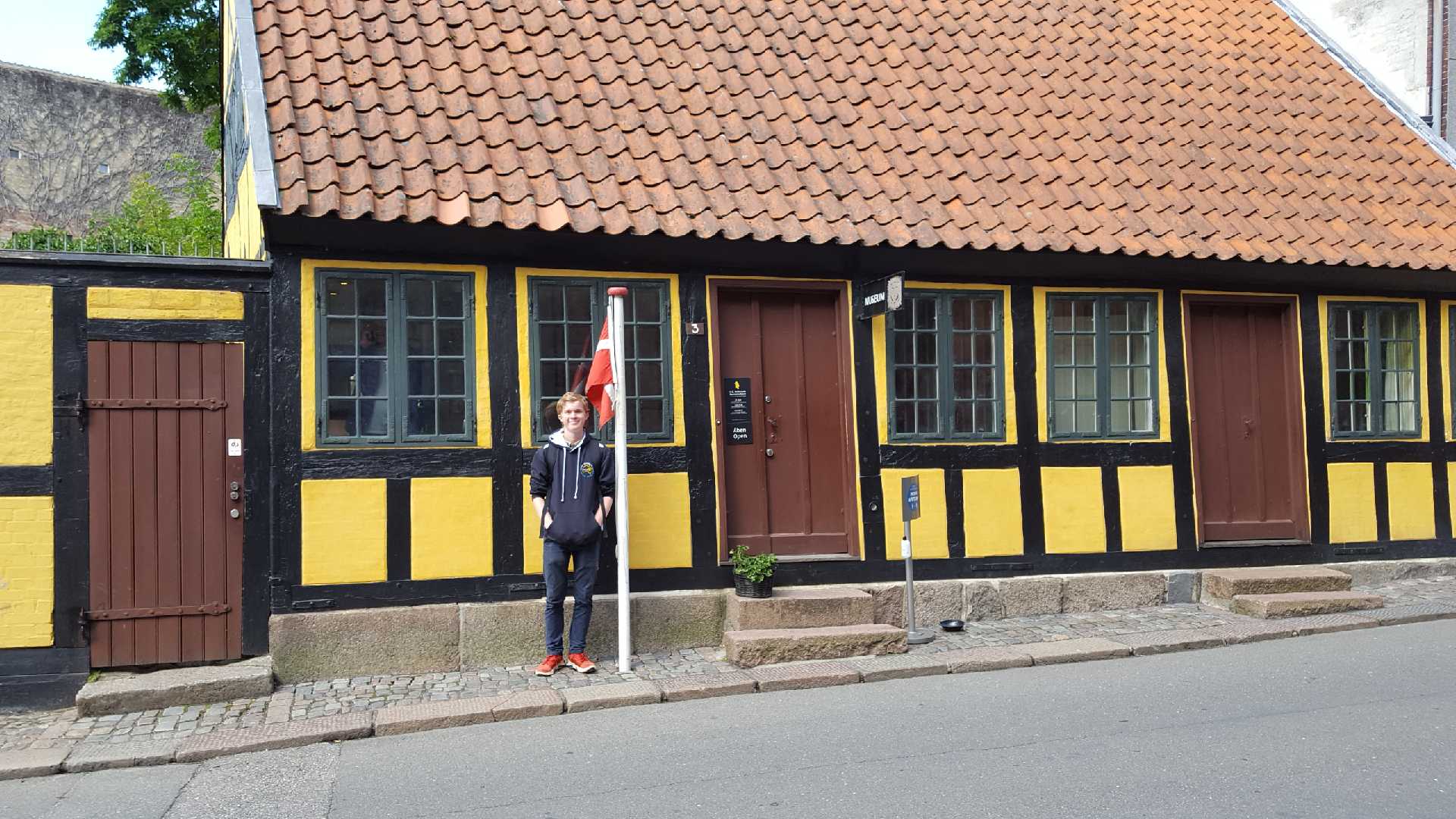 Luckily for me last weekend, Eva decided that she would drive me down to the southern island of Fyn to the town of Odense. This being the birthplace of beloved author Hans Christian Anderson who’s most famous for works such as ‘The Little Mermaid’ and ‘The Ugly Duckling’. It was a great weekend and I was able to learn so much about how he wrote his stories and also what Denmark was like back when he was alive. Also whilst I was there I was able to watch a short play in the park where they acted out short scenes from some of his works. With 156 different stories there were some I knew but even more I didn’t!