On the 31st (July), I got onto a train and headed an hour and a half south, to the city of Århus, where I met up with the 16 other Rotary exchange students in Denmark. Once there, we all got on a bus (with appropriate medical masks) and headed to a camping spot that would be our home for a few days. From here we would spend the next 10 days travelling around Northern Denmark on mountain bikes going off on small trails in loads of fantastic places. In total over the 10 days we had biked 175km through Danish forest and countryside; overall it was a really fun time; however, once it was done I didn’t want to look at bike for a few weeks. Then on the 10th (August) we all said goodbye to each other once again and went our separate ways which for me was going back North. 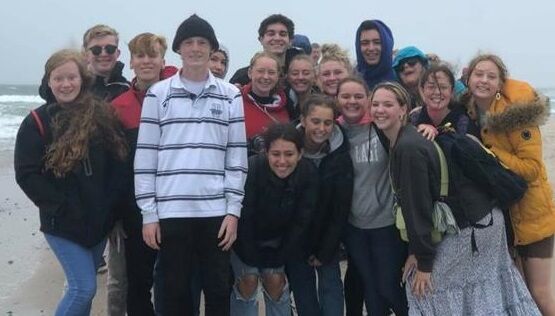 Unfortunately for me I wouldn’t get much time to relax after the biking trip because on the following day summer holiday would end and I would have to get on the bus and go to school again. Which surprisingly was back to normal, it went back to same way it was before COVID with the only real difference being that there were now 101 bottles of hand sanitizer around the school. However, it wasn’t too bad because now my days had a bit more structure and felt a bit more normal and I also spending more time with my friends. Although, this wasn’t going to mean that I’d stop doing stuff.

Luckily for me, I live next to Denmark’s greatest national park which is very unique at this time of the year. For most of the year it’s a boring green colour but come August the hills and the surrounding area turn a beautiful bright purple, because of this my host family took me out and we spent the day hiking around taking it all the landscape in. 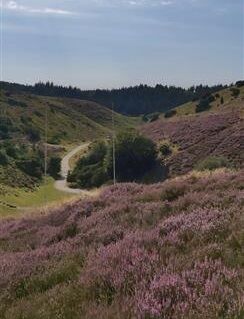 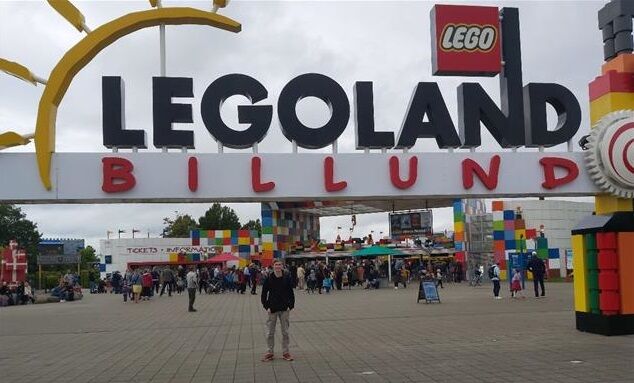 A little while later on the 30th (August) I was lucky enough to go town to the town of Billund where LEGO originally came from. Whilst I was down there, I spent the day at Legoland having lots of fun and looking at all of the cool creations they’ve made out of LEGO and going on all the roller coasters. Fortunately for me, there was another exchange student in the area who was happy to go with me and show me all of the best stuff and the quickest way to get from place to place.

In other news, I was recently featured on the front page of the local newspaper along with a two page story about my experience in Denmark so far and how the virus has effected my year, along with other stuff about differences and what else I’m hoping to do while I’m here. However, it is in Danish, so you’ll just have to trust me that it was a great story. 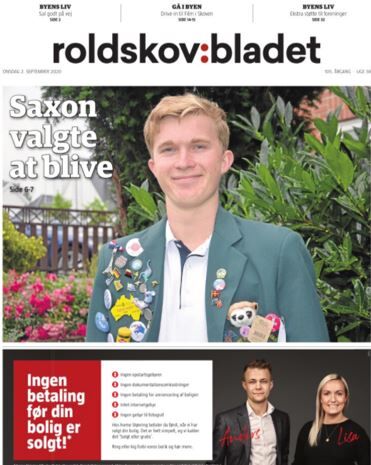 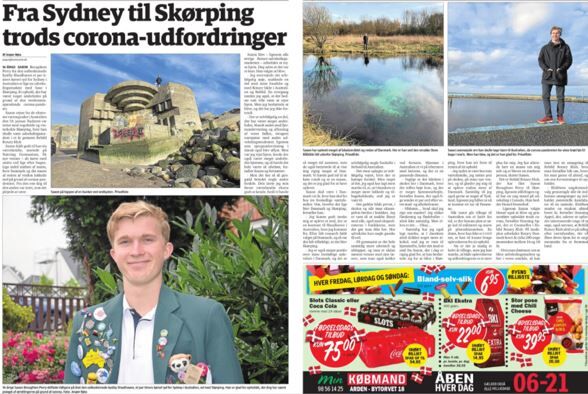 The newspaper link if your learning Danish - https://www.e-pages.dk/roldskovbladet/232/

As for my plans for the coming weeks, next weekend on the 12th (September) I’ll be taking a short trip down to southern Denmark which should be a lot of fun. The following weekend on the 20th, I’ll be changing host family for the last time, I’ve met them once so far and they seem like really nice people so I’m sure I’ll have a great time when I’m with them.